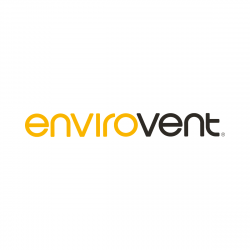 Condensation at Night: What Causes it and How to Prevent it

It’s a common problem in the UK: homeowners waking on a winter morning to find water trickling down the inside of the bedroom window. It can make your home feel dreary and uncomfortable in the mornings, and it makes your house more difficult to heat. As we head into the colder months, that trickle on the windowpanes will likely worsen, unless the underlying problem is fixed.

In addition to making your bedroom feel miserable, overnight condensation is a key symptom that your house has a condensation problem, and unless it’s addressed you may find yourself struggling with damp, peeling wallpaper, damaged furniture and mould.

Condensation is the moisture formed when warm, humid air encounters a cold surface. At night, almost all year round, the difference between indoor and outdoor temperatures means that condensation is always a possibility.

In Britain, night-time temperatures usually fall below the dew point from the start of autumn through to late spring. Plus, the air in your home during the night in cooler periods of the year is typically more humid, because you will have often shut the windows to keep yourself warm – resulting in your rooms not being as ventilated as on a breezy summer’s day,

Be aware that condensation forming on your windows at night is just the most visible form of condensation. Condensation can sometimes form in unventilated spaces, such as behind or inside heavy furniture. You’re less likely to spot the moisture there, but you’ll soon notice when damp and mould appear on the walls, or on the clothes in your wardrobe.

The trouble with condensation

While it might seem that condensation forming overnight isn’t a serious problem – after all, it’s usually gone by midday – the reality is that it indicates a build-up of moisture in the air of your home. That build-up can have serious consequences.

Condensation is the most common cause of damp in residential buildings. Especially in older buildings, damp is nearly unavoidable unless preventative measures are put in place. While energy-efficiency is rightly a priority for many homeowners, sealing doors and windows to protect yourself from the cold temperatures outside can exacerbate the risk of damp by reducing ventilation on the inside.

Condensation also comes with a health warning. Black mould is one of the most common consequences of a long-term build-up of condensation, and its spores can cause a variety of medical issues, from problems with respiration to infections and serious allergic reactions. Asthma sufferers often experience worsened symptoms in an environment blighted by black mould, and other sensitive residents may experience headaches, fatigue or nausea. Children are especially vulnerable to these issues. If a build-up of black mould has started to form in the bedroom, there is a particularly high risk of breathing in these dangerous spores due to the fact that you will be spending several hours in there at a time as you sleep.

On top of that, recurring damp can create a cycle of expenditure on repairs such as re-painting and re-plastering. Even worse, when a damp problem is allowed to progress, damage can result to the structure of your home, especially if your house has a timber frame which may be vulnerable to rot.

Unless a preventative approach is taken to condensation build-up, all these problems are virtually guaranteed to recur as soon as night-time temperatures drop below the dew point again.

Rather than mopping up moisture in the mornings and dealing with mould or damp problems as they arise, the best way to tackle the condensation which forms overnight is to prevent it from building up in the first place.

Simply raising the temperature in your rooms while leaving windows slightly ajar will allow heat to circulate. Which may tackle your condensation problem, while also ensuring you stay warm as you try to sleep. However, the downside is a significant increase in energy bills.

If these quick fixes don’t resolve the problem, the issue will have to be tackled at its source, by removing the excess moisture in the air of your home as it is produced. That means improving ventilation.

Probably the most effective way to tackle overnight condensation is with a Positive Input Ventilation system (PIV). A PIV draws outside air through a filtration system into a central unit installed in your house (typically in an attic). From there, the external air is evenly distributed to every room in your house. At the same time, moisture-laden interior air is drawn up and expelled from the house.

For those especially concerned about energy efficiency (and the heating bill!), an effective alternative is a Mechanical Ventilation with Heat Recovery (MVHR) system. Similar to a PIV, an MVHR uses a heat exchange in the central unit to re-capture the heat from your home’s internal air: this energy is then used to warm the external air before it is piped into your rooms. MVHR systems are therefore particularly useful for tackling overnight condensation problems, as they provide the additional ventilation you need without taxing your heating system.

Expert advice can help you identify the best way to tackle overnight condensation, so contact EnviroVent today to discuss what solutions might be most practicable in your home.